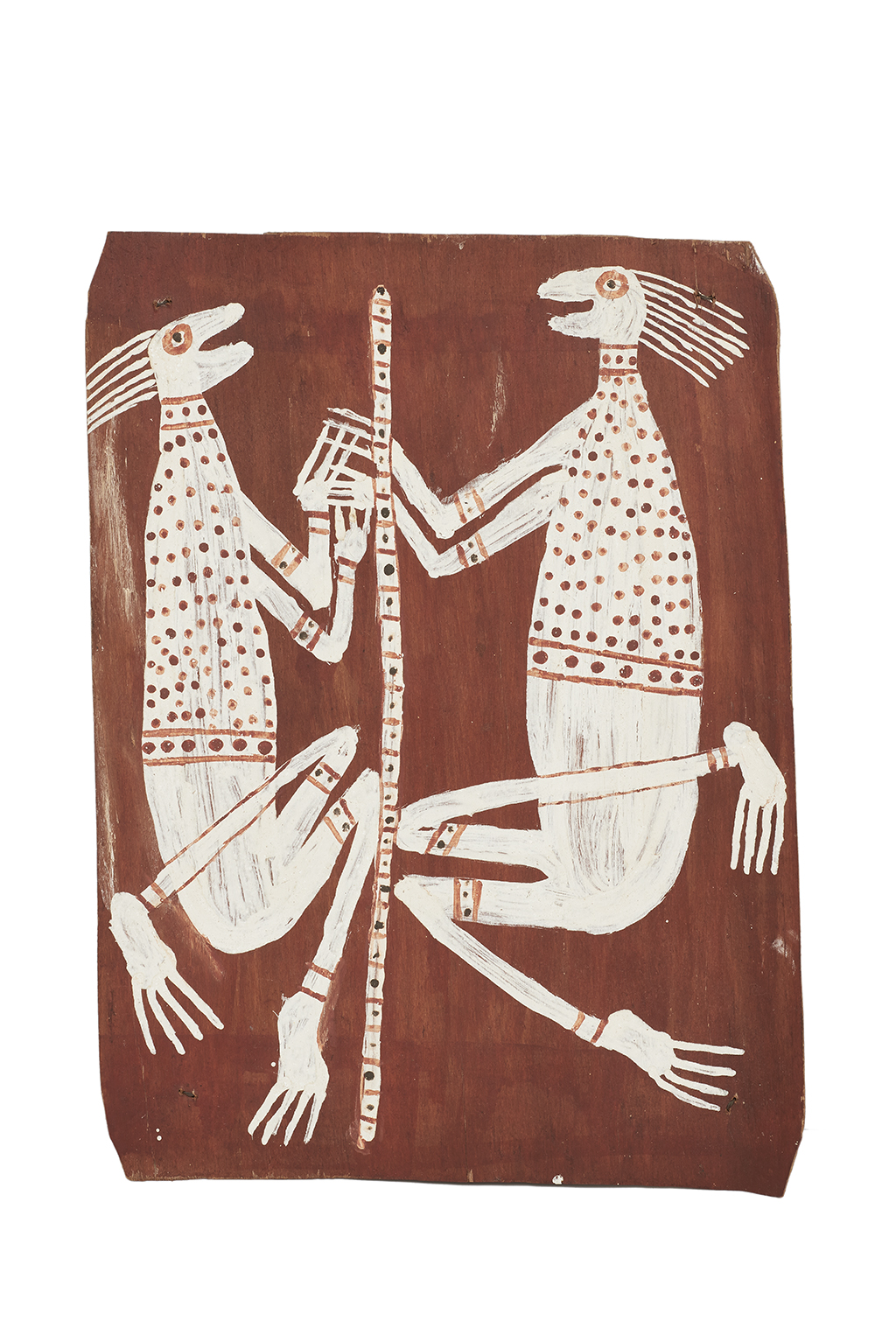 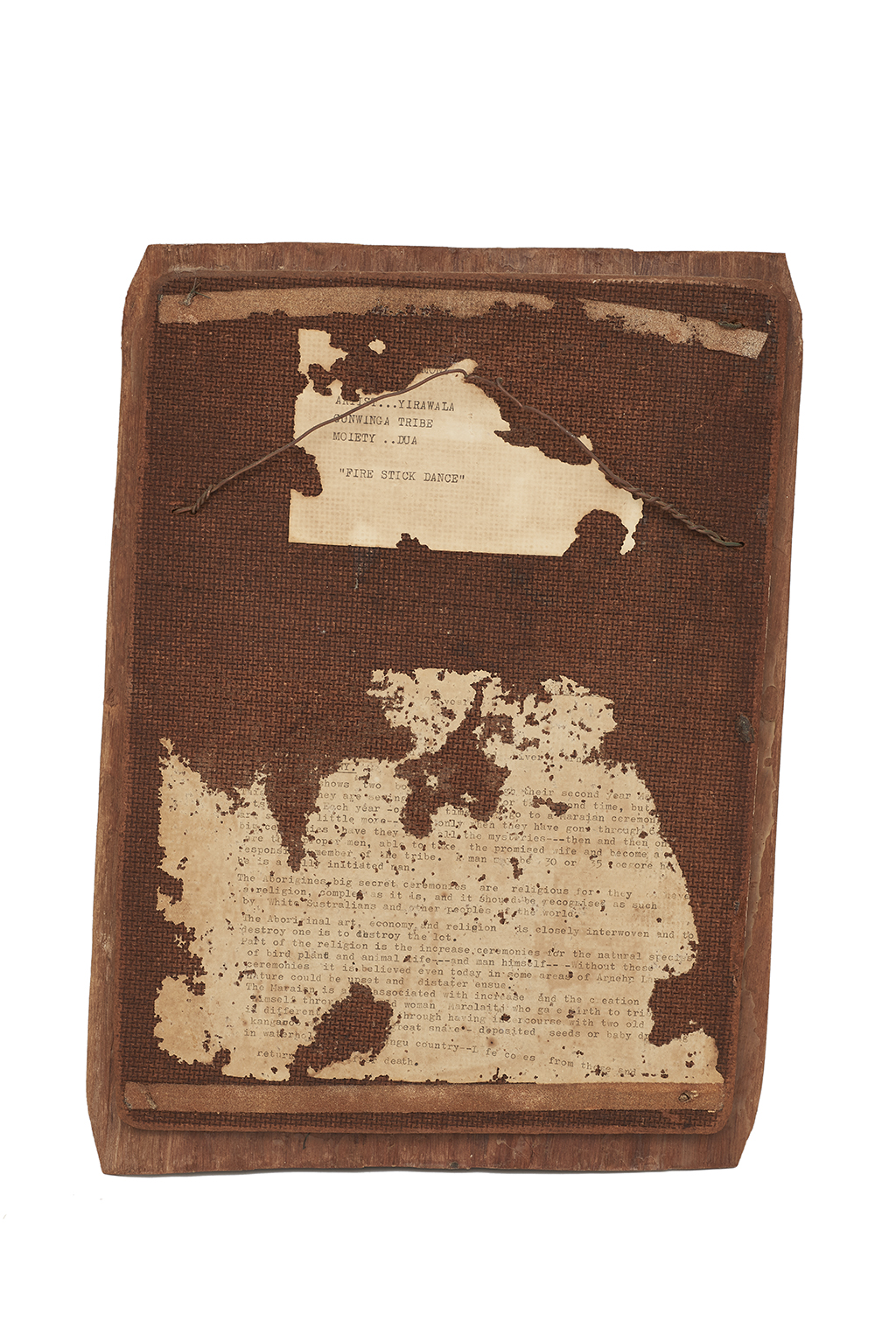 white pipeclay and ochre on bark

Picasso reportedly once exclaimed “This is what I have been trying to achieve all my life!” If he had been able to encounter the full range of
Yirawala’s work, Picasso would have been enchanted by the figure/
ground reversals, the interplay of positive and negative space
and Yirawala’s infallible sense of placement of his motif in
relation to the shape of the bark support. White figures on
red ground leap from painting on rock to bark. The regional
variation of rarrk cross-hatching migrates from a ritual
context of abstract designs animated by dance, to their witty
translation into figurative depictions on bark. The two small
works from the Geddes Collection are excellent examples,
in which body painting designs specific to the ceremonial
context of the Mardayin are depicted upon the ghostly white
painted bodies of two astomatous dancers. As with the
mischievous Mimi figures, the immediacy of conception and
execution is palpable. Despite their modest size, both works
exude indisputable authority and power.
Full essay
Michiel Dolk, April 20, 2021

Measurements:
34 × 24.5 cm
Provenance:
Hogarth Galleries, Paddington, Estate of Bill and Ngaere Geddes, Sydney
Labels:
typed worn label verso 'Fire Stick Dance'…73 year (Liverpo)ol River Arn(hemland) (CEREMO)NY. Shows two boy….(throu)gh their second year Ma(raian)…This they are sewing for the second time, but ts….Each year -o time…go to a Maraian ceremony…ar..s…little more…only when they have gone through 6 big ceremonies have they…all the mysteries…and then only are they proper men, able to take the promised wife and become a…he is a fully initiated man. The aborigines’ big secret ceremonies are religious for they have a religion complex as it is and it should be recognised as such by white Australians and other peoples of the world. The Aboriginal art, ceremony and religion is closely interwoven and to destroy one is to destroy the lot. Part of the religion is the increase ceremonies for the natural species of bird plant and animal life= and man himself- without these nature could be upset and disaster ensue. The Maraian is associated with increase and the creation…himself through…old woman, Maralaitj who gave birth to tribe…in different….through having intercourse with two old…kangaroo…great snake…deposited seeds or baby …(duri)ng..in waterhole …(Gunw)ingu country…life comes from there and…return after death.
Copyright:
© Yirawala/Copyright Agency, 2021