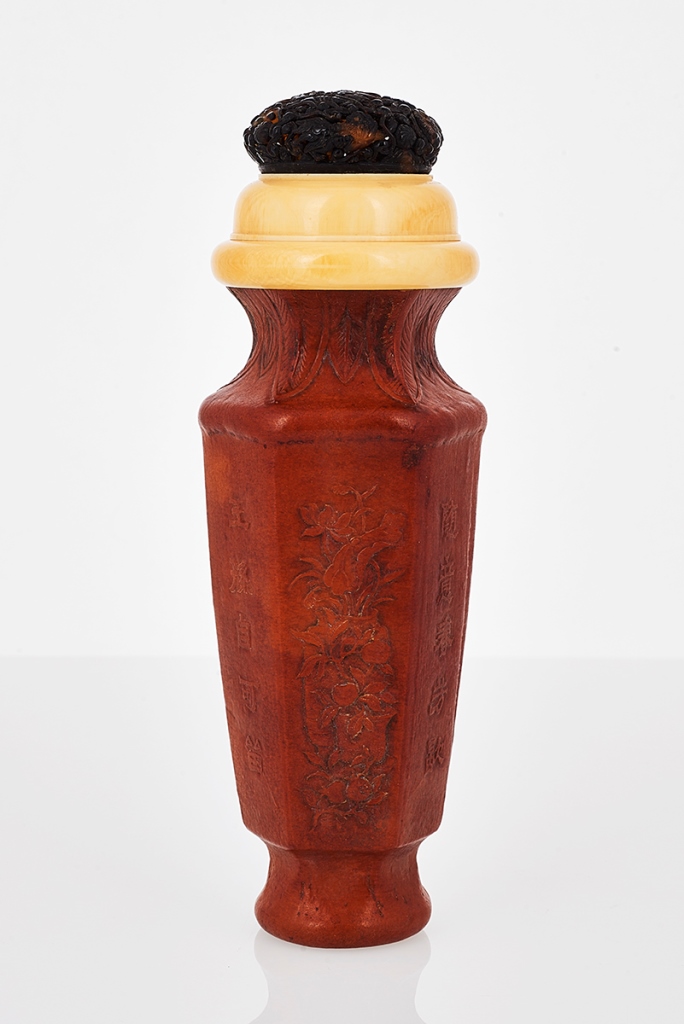 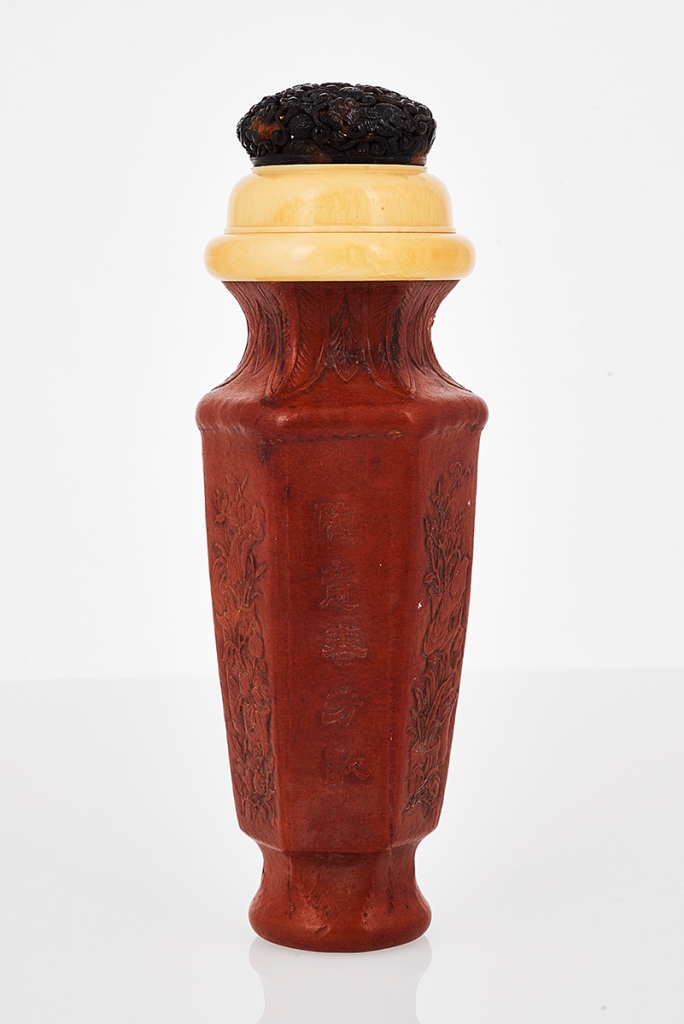 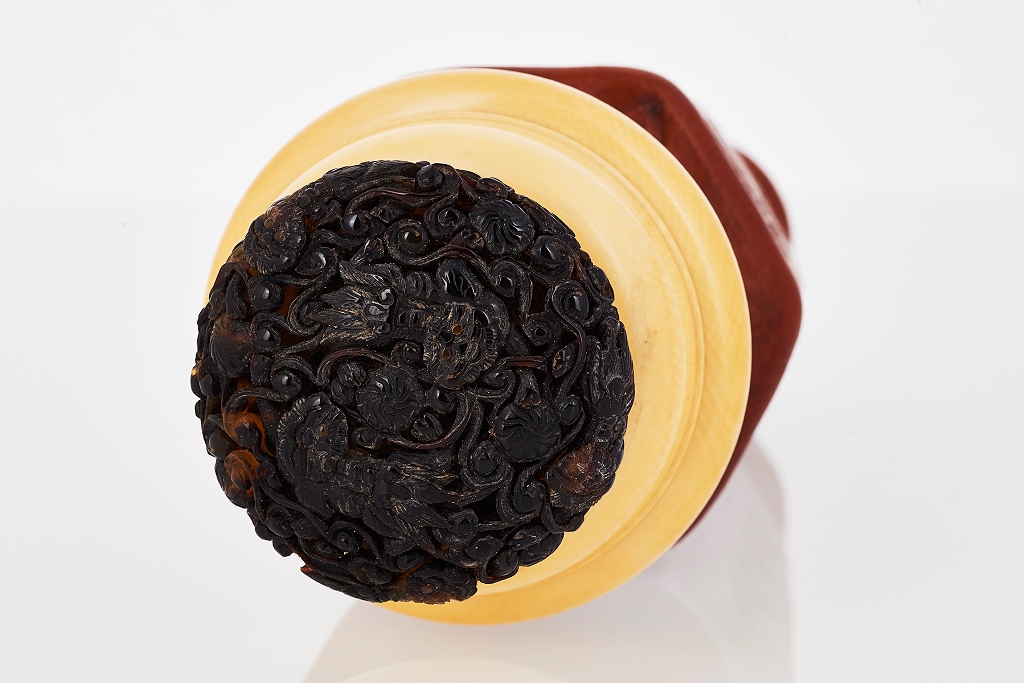 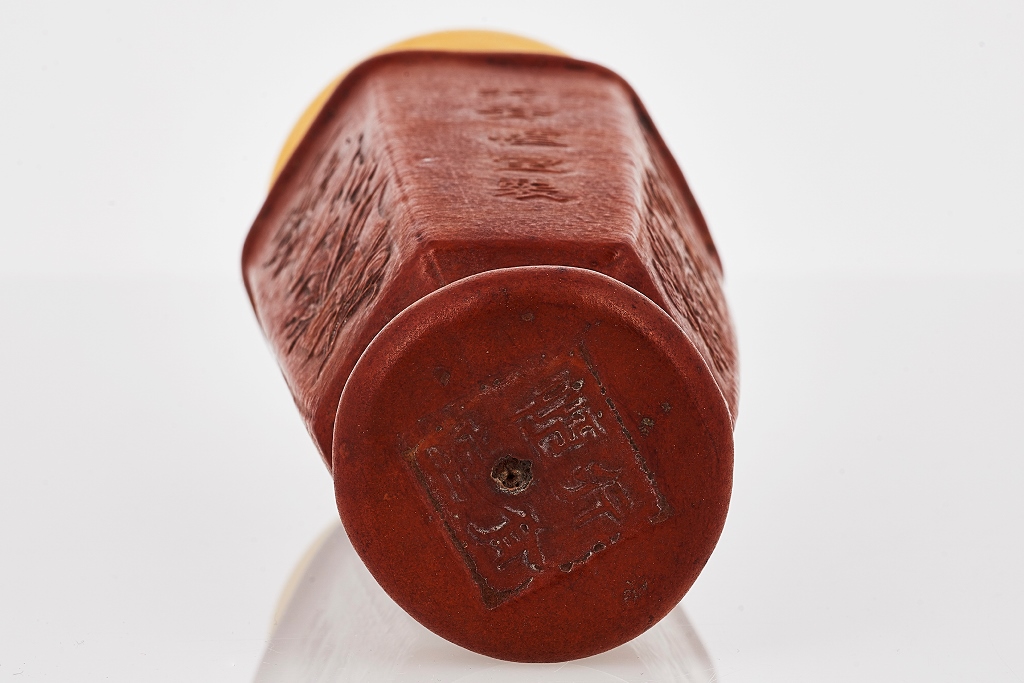 Measurements:
height 19.5 cm
Provenance:
The Collection of a Gentleman, Sydney
Labels:
Moulded gourd vessels were made by placing a wooden mould on the growing gourd. Once mature, the mould was broken and the gourd emerged. Kangxi emperors had fields specially planted with gourd wines in the west garden adjacent to the forbidden city